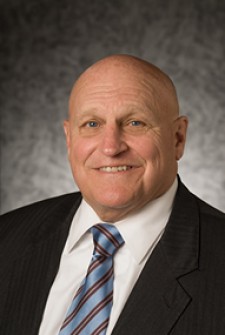 MINNEAPOLIS, April 9, 2018 (Newswire.com) - With China and the United States going back and forth about billions in potential tariffs, businesses in the Midwest and beyond are wondering what the economic fallout will be. At the same time, tensions with China's neighbor North Korea continue to simmer as we await a historic summit next month, prompting discussion of whether recent developments could put the U.S. at risk.

Undoubtedly, this is a region that is raising concerns for U.S. business and security interests, and attendees of a Twin Cities Leadership Forum on April 19 will have the opportunity to have their questions answered by a recognized foreign policy expert, Former Deputy Secretary of State Richard Armitage.

On April 19, the 2nd Annual Donald W. McCarthy Heartland Leadership Forum will welcome Secretary Armitage to speak on "Opportunities and Challenges for the United States in the Western Pacific." The forum is presented by U.S. Naval Academy Alumni Association Upper Midwest Chapter and will feature a reception and dinner in addition to the secretary's remarks and Q&A. It will take place from 5 - 8:30 p.m., April 19, at the McNamara Alumni Center on the University of Minnesota campus.

Richard Armitage is a distinguished Naval Academy graduate, class of 1967, who served three combat tours with the riverine forces in Vietnam. He was the 13th Deputy Secretary of State from 2001 to 2005. An acknowledged expert in international affairs, he was recently awarded the Department of State Distinguished Service Award and he has been personally recognized by the governments of Thailand, Republic of Korea, Bahrain, Australia, New Zealand, Romania, and Pakistan. He is active in the global marketplace assisting multinational companies in the areas of international business development, strategic planning and problem-solving.

The Heartland Leadership Forum was launched in 2017 and named in honor of Minnesota’s own Donald W. McCarthy, a graduate of the Naval Academy’s Class of 1944. McCarthy served in both World War II and the Korean War before climbing the corporate leadership ladder with Northern States Power (now Xcel Energy) to become chairman and CEO. During his illustrious career, he led many community organizations that helped to shape the Twin Cities metro area to become the vibrant business and social community it is today. McCarthy passed away earlier this year and will be honored during a remembrance at this year’s forum.

For more information and to register for the Donald W. McCarthy Heartland Leadership Forum, go to www.usnauppermidwest.org. Tickets are $90, which includes both dinner and the keynote with Secretary Armitage. Discounts are available for students and all military personnel in uniform, to include active duty, reservists, and MN National Guard.

Our mission is three-fold. We are dedicated to the perpetuation of the Naval Academy as an institution of national leadership development; we advocate for the continued call to leadership for all alumni. We engage our alumni and the broader naval services community to raise the public profile of the Navy and Marine Corps in the upper Midwest. Finally, we seek to educate our community about important global issues by bringing pre-eminent military and political leaders to the local stage. 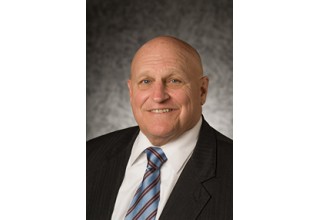 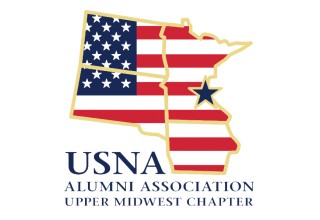